The Best Weekend Itinerary for Zagreb

After around a dozen visits and very nearly moving there, Zagreb holds a special place in my heart. It’s a frankly underrated city in a country with more amazing sites than seems fair for its size. But despite all the amazing Dalmatian coast has to offer, getting to know Zagreb is more than worth it.

There’s a good chance you’re simply flying in or stopping over on your way to sunny Split or Dubrovnik, but fortunately there’s plenty you can do in just two days. So, book your ticket to Zagreb and start planning because the city is only getting more popular.

Day 1: Getting Your Bearings

The goal of this first day is to get a feel for the city and enjoy the old town up on the hill.

The geography of Zagreb is quite interesting with a hilltop old town surrounded by a slightly less old town reaching south to the Sava river. Below that is the new part of the city largely built during the Yugoslav and post-independence era. Because sections of the city have medieval roots, they can be tricky to navigate. That’s why getting your bearings from the 16th floor at Zagreb 360 is so handy. 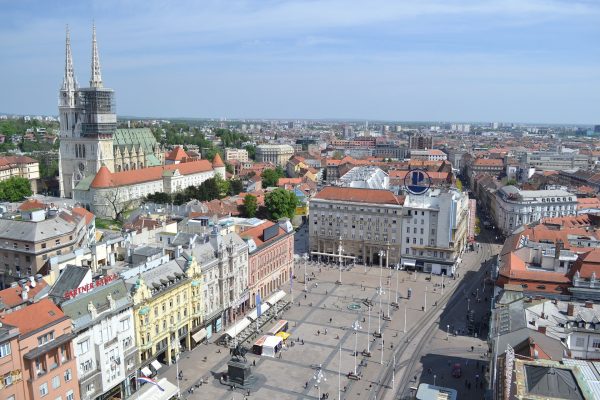 Of course, the chance to take in the stunning views while enjoying a drink can’t be ignored either. Because the city has so few tall buildings, you can enjoy nearly uninterrupted views of the old town and even the distant hills where many of Zagreb’s residents like to get away to ski or hike. Once you’ve taken it all in, it’s time to start exploring.

Your first task is to reach the old town. Of course you can work your way up the steep streets, but why waste the effort when you can get up there in historic style? Finished in 1890, this is one of the oldest (and shortest) forms of public transportation around. While it’s no longer steam powered, it’s still definitely a fun ride up. Plus, it’s only 4 Kuna (or around 50 euro cents). 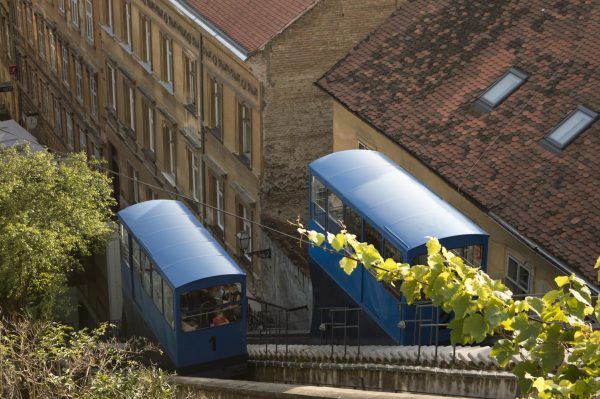 Made a Free Royal City by King Béla IV of Hungary in 1242 but having been established centuries earlier, the hilltop old town of Zagreb (called Gradec, pronounced “gradets”) is bursting with history and charm. It’s a fully pedestrianized zone with plenty of hidden nooks and crannies to explore so be sure to take your time.

Also don’t forget to get out to the southern portion of the old town (just next to where you get off the funicular) to enjoy more amazing views of the rest of Zagreb. If you haven’t had enough views, you can even climb the 13th century Lotrscak Tower. Just don’t be afraid if you’re around it at noon when they fire a cannon every day. 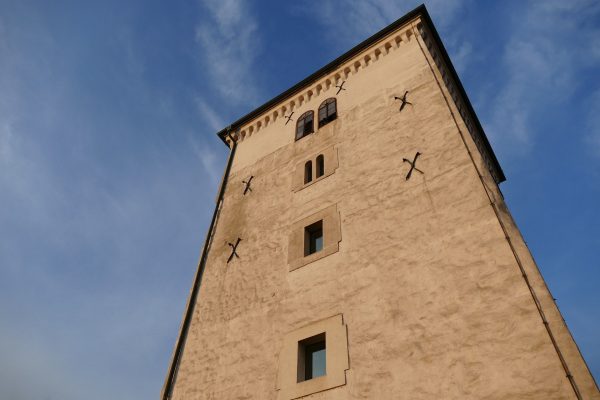 Lunch in The Old Town

At this point you have a few options. For something cheap and quick, just grab a pastry or sandwich from one of the countless little shops selling them around town. Though it’s more or a breakfast item, a meat or cheese filled Burek always hits the spot.

If you’re looking for something a bit fancier, Trilogija – Vino & Kuhinja has plenty of Croatian wine and classic dishes in a cozy old-world environment. There are also plenty of little bistros around so if the weather is nice you can enjoy your lunch outside to take in the city.

Without a doubt the icon of Zagreb’s old town, St. Mark’s Church stands out with bold tiled designs adorning its rooftop. That roof sports the coat of arms of Croatia and of an old Croatian state. Around the church you’ll find another coat of arms from the city dating back half a millennia as well as other late-Gothic and Romanesque touches. Or, if Instagram more than architecture is your thing, just snap an iconic picture in the square. 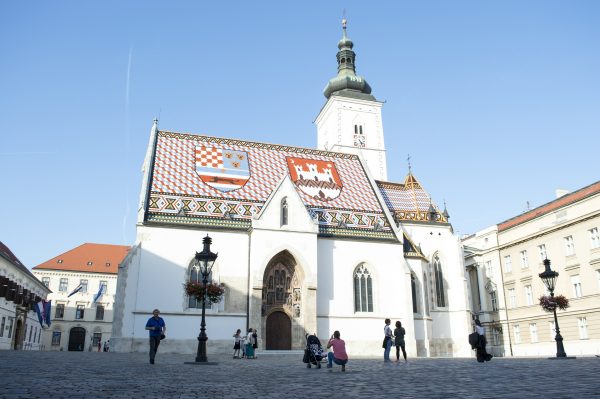 A favorite spot of mine for many years (and not just because an old friend and colleague used to work there), “under the old roofs” is a slice of old Zagreb. From the pictures of various patrons and of the city’s bygone era to the way the servers dress, it’s a cozy pub that really takes you back in time. From the first time I stepped in for a coffee after an overnight bus ride to this day, Pod Starim Krovovima will always represent Zagreb in my mind.

Depending on how your day is going, you can pop in here for an afternoon coffee or celebrate your first evening in Zagreb with a pint (or three). Either way you’re sure to find good company here. Now, just be sure to use the Stone Gate when you leave the old town as it’s the other iconic way to enter or leave (besides the funicular).

Day 1 focused on getting your bearings, now it’s time to explore the lower and more modern portion of Zagreb to see how the city has changed in the past few centuries. If you haven’t already enjoyed some Burek, be sure to try some for breakfast. My favorite spot for it is next to the Dolac Market (it’s just called Burek). Also, while you’re moving around the city, be on the lookout for the life size model of the solar system spread throughout.

The Museum of Broken Relationships

An award winning museum since its genesis more than a decade ago, it really stands up to the hype. You might be wondering what on earth a museum dedicated to broken relationships might contain and I wouldn’t blame you. In fact, it’s a collection of symbolic items sent in by people around the world along with the stories of their relationships (and, of course, the end of those relationships). 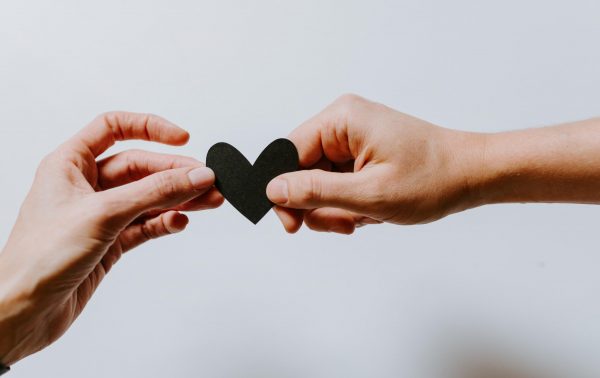 The effect, far from being depressing or anything, is deeply moving. This is actually a museum you can definitely attend with your significant other (I’ve done it). It’s almost like a giant episode of This American Life about relationships.

Once you’ve spent your morning eating as much burek as you can and enjoying an iconic museum, it’s time to check out Zagreb’s famous cathedral, aka the Cathedral of the Assumption of the Blessed Virgin Mary (but that’s a bit of a mouthful). Amazingly, this is actually the tallest building in Croatia and the most impressive Gothic cathedral in the entire region.

The current building was largely constructed in the 13th century after a previous church on that site was destroyed by the Mongols (just imagine that!) Around the cathedral you can find 500 year old walls built to protect the city from the Ottoman armies and raiding parties which devastated this region for centuries. 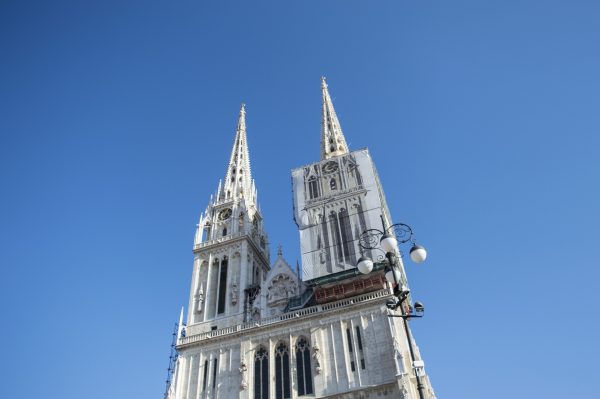 There are quite a few higher-end options for lunch but an affordable, classic, and traditional favorite of mine is La Štruk. It’s (justifiably) famous for its Strukli, a classic Croatian dish is almost like a casserole of dumplings filled with all sorts of sweet or savory fillings. Anyone who loves the simple and hearty cuisine of Central Europe will love it. Of course, there are other Croatian classic to enjoy there as well.

After breakfast at the Doloc market followed by some museum and cathedral time, it’s time for one last museum. Even for a city of less than a million, you have tons of options. You can go classic and enjoy the archeological museum or Mimara Art Museum or try something a little more alternative.

For that, Zagreb has tons of options. There’s museums dedicated to illusions, naive art (art by people without formal art education), and the 80s. Or, if you’d like to learn more about Croatia’s recent and tragic past you can explore the Image of War museum to learn more about the conflicts around the breakup of Yugoslavia. Needless to say, there’s something for everyone here.

If you feel you’ve spent too much of your second day indoors by this point, Tkalčićeva Street (pronounced “Tikalchicheva”) is the place to fix that. Finish off your weekend in Zagreb with a pleasant stroll down the city’s favorite pedestrian street. There you’ll find plenty of options for dinner or an evening drink. My recommendation is to take it easy, take in the atmosphere, and maybe even do a bit of people-watching.

If you don’t feel like resting, this is also a place with plenty of nightlife (even pub crawls if that’s your thing). There’s more nightlife between Petra Preradovica Square and Bogoviceva Street if you’re interested. 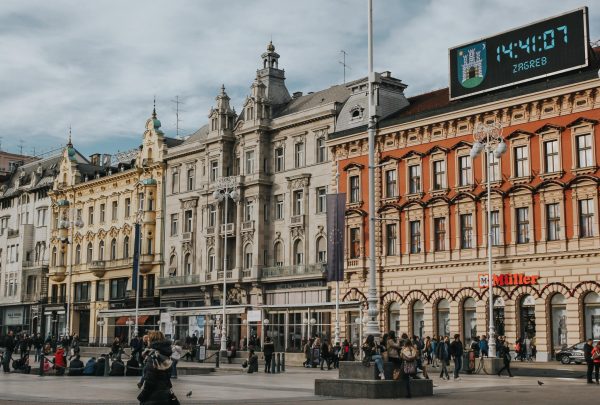 Fortunately for you, getting to Zagreb is easier than ever. Road and rail improvements along with more direct flights than ever mean that the days when I had to spend 11 hours on a bus to visit are over. When you’re there, be sure to check out nearby cities like Ljubljana, Belgrade, and Sarajevo.

Ready for your next trip?

I never used to have the slightest enthusiasm for Christmas markets. Growing up in the US, I didn’t quite understand what ...
SCOPRI DI PIÙ