I took my first trip abroad, to Venezuela, just at the tail end of the 1990s and looking back from the vantage point of 2020 is positively bizarre. With the exception of airplanes and buses being widely used, it almost feels like that 90s trip could have been a century ago. If the past is a foreign country, this one may as well be the inner reaches of Papua New Guinea.

Now we’re living in the age of overtourism, instagram, flygskam (that’s flight shaming for you non-Swedish speakers), and smartphones. With this brave new world and a new decade upon us, I think it’s high time we took a look back to really appreciate everything that’s changed. So gather some Gen Zers and prepare to blow their minds because we’re going back to the 90s!

This comes first because in my mind it is the biggest difference out there. Just 10 years ago, let alone 20, I was struggling to navigate Milan in the cold using a tiny map taken from a Lonely Planet guide. It did not go well.

But now, struggling to navigate a foreign city is, well, a foreign concept. The only thing potentially holding you back is internet access, but with the ability to download entire city maps offline in apps like Google Maps, there’s hardly any excuse to get lost again. Plus, you won’t be pegged as a tourist because you’re standing around looking at a map ever again (unless you’re posing for an ironic Instagram shot, and let’s face it, in the 2020s you probably are).

Today, paper maps are more like a cute anachronism. Kind of like the time my grandparents gave me a map of Budapest before I went there for the first time in 2011. Only problem was, the map hailed from their trip there in 1991. Needless to say, if I had any trouble finding Lenin Körút (Lenin Boulevard) it probably wasn’t because I needed a map… 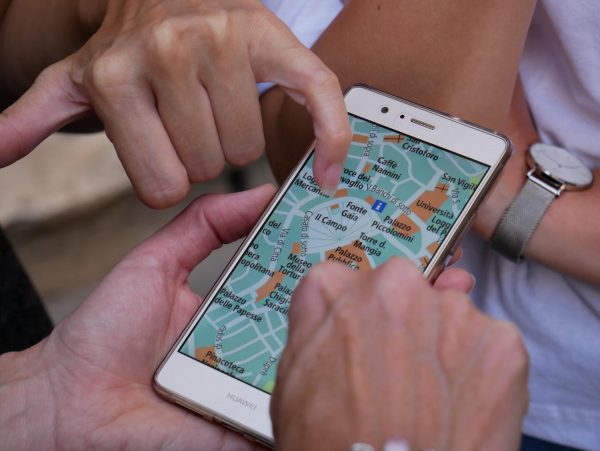 Honestly, it can be a bit overwhelming these days. They’re changing the way we travel in all kinds of ways. From using Waze to navigate to staying in an Airbnb, it’s almost hard to imagine travelling any other way in 2020.

Then there are the basics we almost forget are included: weather, your phone’s camera, and social media to make sure you don’t forget the craziness you’re missing back home. Taken together, apps play a part in almost everything we do while traveling. It’s how we find things to do, how we record the experience, how we review it, and how we share it all rolled into one.

If you’re looking for ideas on great apps to use while travelling, PC mag has some suggestions.

3. The Cost of Flying

And those are just average prices. Low cost airlines in Europe mean that there are plenty of flights for prices people in the 90s literally would not believe were possible. Okay, you also need to pay to check bags, to sit where you want, to eat something, to drink something, to get in line faster, to check in how you want to… I could go on.

In a broader sense, flying is just different. Less enjoyable but more affordable. But that affordability is leading to some issues as well (more on that later). 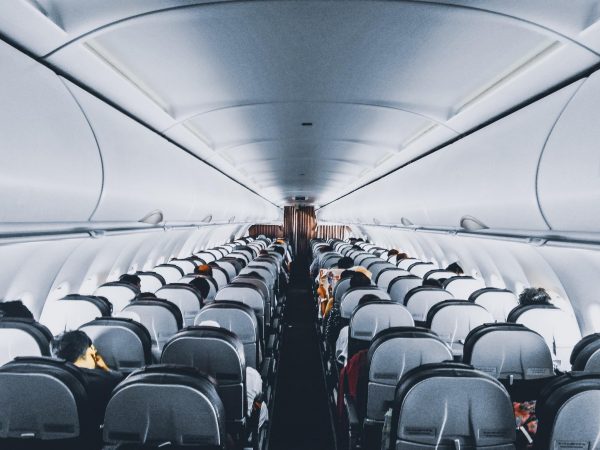 Coming with the onset of cheaper flights is being shamed for taking them. Sure, we knew about global warming in the 90s, but it certainly didn’t have the sense of urgency that it does in 2020. While in early 2020 this movement is just getting off the ground and is largely confined to northern Europe, it’s easy to see it becoming a defining force as the 2020s progress.

But more than that, it shows how environmentalism is becoming an ever more important part of travel, from avoiding flying to eco-tourism. Also, just imagine that by the time the 90s were over, Greta Thunberg was still 3 years away from even being born.

Lucky for those of us looking to minimize our environmental impact (or, let’s be honest, just avoid the airport) buses have been stepping up their game lately. In 2020, you can expect wifi, USB charging ports, and even straight up power outlets for your laptop. It wasn’t that long ago that some of these luxuries were still new, but today most people who like to travel between cities by bus just assume they’ll be there.

Add in new technology like noise-cancelling headphones and smartphones that can stream Netflix and you’ll never want to visit an airport again. Don’t believe me? Try booking a bus trip for yourself. 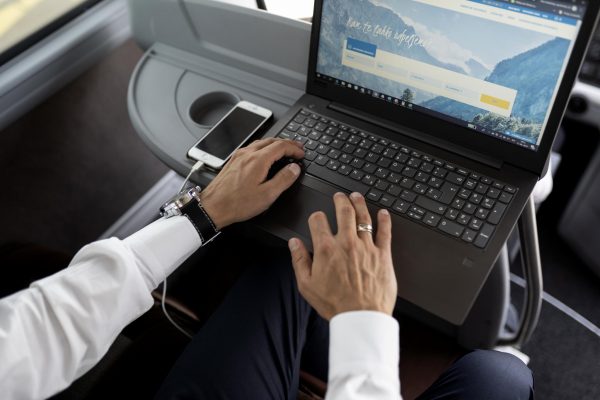 6. Becoming Our Own Travel Agents

From the aforementioned Airbnb to the several million (I haven’t checked but that’s my best guest) flight booking sites out there, the ubiquitous travel agents of the 1990s are really a thing of the past.

For the unfamiliar, travel agents were people who worked in offices that booked flights, hotels, etc. for you. I know, mind blowing. But in all seriousness, the ability to easily browse and explore travel options means that you can be far more spontaneous today. Add in tools like Instagram making us aware of more obscure destinations (for better and worse, more on that later) and it’s clear that everyone becoming their own travel agent has dramatically changed travelling.

When you think of social networks and travelling, you probably think of being unable to disconnect from the world and enjoy yourself. While that’s certainly one part of it, one of the better things social networks have brought to travelling is the ability to connect with locals wherever you are.

Personally, I love finding local Facebook groups to find interesting events that a typical tourist would never find otherwise. Most world cities have some kind of public group for foreigners living there and here you’ll often find organized meetups, small day trips, and people advertising other kinds of events. It’s one of the fastest ways to get to know sides of a city you would never otherwise encounter as a visitor. It sure beats the 90s version which is, I’m going to say a penpal?

8. Noise-Cancelling Headphones (And Music in General)

If this difference does not immediately resonate with you, I hate to say it but you are travelling wrong. Gone are the days when we travelled with a case full of CDs and our trusty little CD player, the playlist carefully curated before we stepped out of the door.

The headphones were mostly those cheap over-ear ones that bled sound like a leaky boat. So even if you didn’t plan on listening to music on your trip, you probably were anyways. In other words, it was an entirely different ballgame. Today, it’s all about bluetooth noise-cancelling headphones to drown it all out.

But before you start thinking this means we’re more disconnected from the places we’re visiting, remember that today there’s a good chance those headphones are piping in a podcast or audiobook about the destination. On that note, if you’re not finding great audio content to enhance your trips, you need to try it! I personally really like the audio content from Rick Steves.

Sure, if you time travelled back to the 90s you’d find Parisians and New Yorkers complaining about too many tourists, but those numbers would be a fraction of what those and other cities experience now. Global tourism numbers in 1990 were less than ¼ what they were in 2018. That’s causing some genuine problems in more fragile places like Venice or any number of other islands. 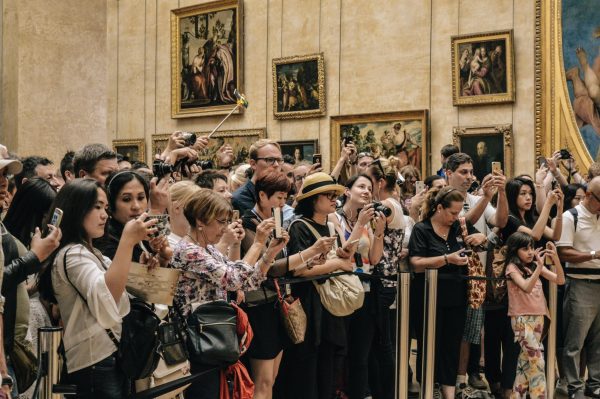 Cheap flights and the allure of stunning travel photos all over the internet is causing some real harm. But that doesn’t mean you can’t or shouldn’t travel. It’s more of a reason to shun the mainstream destinations and try finding somewhere a little more out of the way. The world is full of destinations that haven’t been affected by overtourism. Finding somewhere unique and exciting can be tricky but it’s certainly worth it.

Let’s face it, this is one you just can’t miss. Travelling around the world in the 90s you may have encountered the occasional McDonalds, but that pales in comparison to what you see in the 2020s. Culture, food, stores, all kinds of things have globalized such that you can fly halfway across the world and find many of the same things you have back home.

This has occasional upsides, but it certainly makes it harder to really feel you’ve gotten away. The best response is really to just ignore the familiar and embrace the local. Skip Starbucks, meet some locals, and dive into local culture.

No Matter the Decade, Travelling Is Amazing

For all the upsides and downsides of the last 30 years of travel advancements, it’s still a life-changing experience. So start 2020 off with some travel plans. You won’t regret it.

Ready for your next trip?

Marathons and half marathons to attend this autumn

When summer heat comes to an end and temperatures get more runner-friendly it can only mean one thing – it’s ...
SCOPRI DI PIÙ